Among the 4 major professional leagues, the NHL has always been the league with the most parity. We have seen heavy favorites, such as the 2016-17 Tampa Bay Lightning and 2015-16 Montreal Canadiens, underwhelm. They also have breakthroughs, such as the New York Islanders and Carolina Hurricanes last year, and the Vegas Golden Knights in their first year of existence. Hockey is hard to predict, even with teams with so much talent, due to this parity. Here are 2 teams (1 from each conference) that I think will rise this season and 2 that I think that will disappoint.

After winning the Atlantic in the 2015-16 season, the Florida Panthers have been very average the last 3 seasons. Some of that has been due to injuries to key offensive players. However, the bigger reason has been not having the high quality goaltending. Roberto Luongo was decent in the 2017-18 season, with a 2.47 goals against average and a .929 save percentage. However, last year was rough, and finally showed his age, posting an .899 save percentage and a 3.12 goals against average. Now, enter Sergei Bobrovsky, who when healthy has been a Vezina Trophy candidate, and has showed steadily more durability than previous years. While the Panthers’ defense is not as good as the Blue Jackets’, any top-notch goaltender is better than the platoons they’ve had, and Bobrovsky should elevate them further. The other big reason I think they’ll rise is Joel Quenneville. His resume speaks for itself. 3 Stanley Cup titles and second all time behind Scotty Bowman with 890 career wins. Not to mention, he’s also been good with young offensive players, including Artemi Panarin, Alex DeBrincat, and obviously Patrick Kane. The Panthers have a lot of young offensive talent on that roster, with Vincent Trocheck, Evgenii Dadonov, Jonathan Huberdeau, and Aleksander Barkov. Besides Trocheck who missed 27 games, all those guys had 70 points or more last season. Expect those numbers to elevate big time under Quenneville, and for them to turn into more wins as well in a top-heavy Atlantic Division.

A Western Conference team I called the rise of 2 years ago, this year I believe will be the surprising team to miss the playoffs. This isn’t because they lack talent. Mark Scheifele is a very underrated top line center and Kyle Connor is one of the best young players in the league. Patrik Laine and Nikolaj Ehlers are talented too, but have lacked consistency game-to-game, and with Ehlers, season-to-season too. The Winnipeg Jets the last 2 seasons were a formidable offensive force because of offensive depth, but if those two guys aren’t consistent, how good will the depth be, especially with veterans such as Bryan Little and Adam Lowry dropping off last year too. What’s even more worrisome, however, is their defense. They traded Jacob Trouba to the Rangers, Tyler Myers is now with the Canucks, and Dustin Byfuglien is holding out, and it could be difficult to pay him with the contracts they’ve given to their offensive players. If they go into the season without Byfuglien, that leaves Josh Morrissey as their best defenseman and their second best likely as Dmitry Kulikov. That is concerning. Lastly, there is Connor Hellebuyck, who dropped off last season after an impressive 2017-18 campaign. Hellebuyck had a 2.90 goals against average and a .913 save percentage, which isn’t great. While he’s been a good bounce-back candidate at times, I can’t expect that to happen with the defensive woes they have, and I don’t think he’s the talent that can steal a significant amount of games either. Overall, in a Central Division that is loaded with all 7 teams being competitive and many that got better, the Jets got worse, and I think will cost them the playoffs.

A team that squeaked into the playoffs the last 2 years, I think the Avalanche are ready to rise into the 100 point plateau. Firstly, I think this is the best defense they’ve had in a while, especially with the development of youngsters such as Samuel Girard and a full season of Cale Makar. Combine that with steady veterans Erik Johnson and Ian Cole and a bruising youngster in Nikita Zadorov, that defensive depth that plagued them for a while looks much better, especially if Makar and Girard develop into the high-end defensemen they’re supposed to. With the defense improving the goaltending will also improve. Philipp Grubauer is a young goaltender that has shown good development and I think will take another step. He had a 2.64 goals against and .917 save percentage last year, which is average. However, I think he will grow with a better defense and more game reps, as he only started 33 games last year as the backup to Semyon Varlamov, who is now with the Islanders. Lastly, they improved with more offensive depth. The Avalanche were always thought of as top heavy with a great first line, but now they have brought in guys that make them deeper. Andre Burakovsky, Nazem Kadri, and Joonas Donskoi are all additions that can help round out their Top 3 lines, in addition to Colin Wilson and J.T. Compher that played well in the playoffs last year. This also allows them to not have to put Nathan McKinnon, Gabriel Landeskog, and Mikko Rantanen on the same line all season, and that could help them get better as a team, rather than going cold offensively if that line was shut down. Combine that with a good coach in Jared Bednar and a team that hung tough with top teams in the postseason, I think this Avalanche team can rise to second in their division and can compete with the Predators and Blues for first as well. 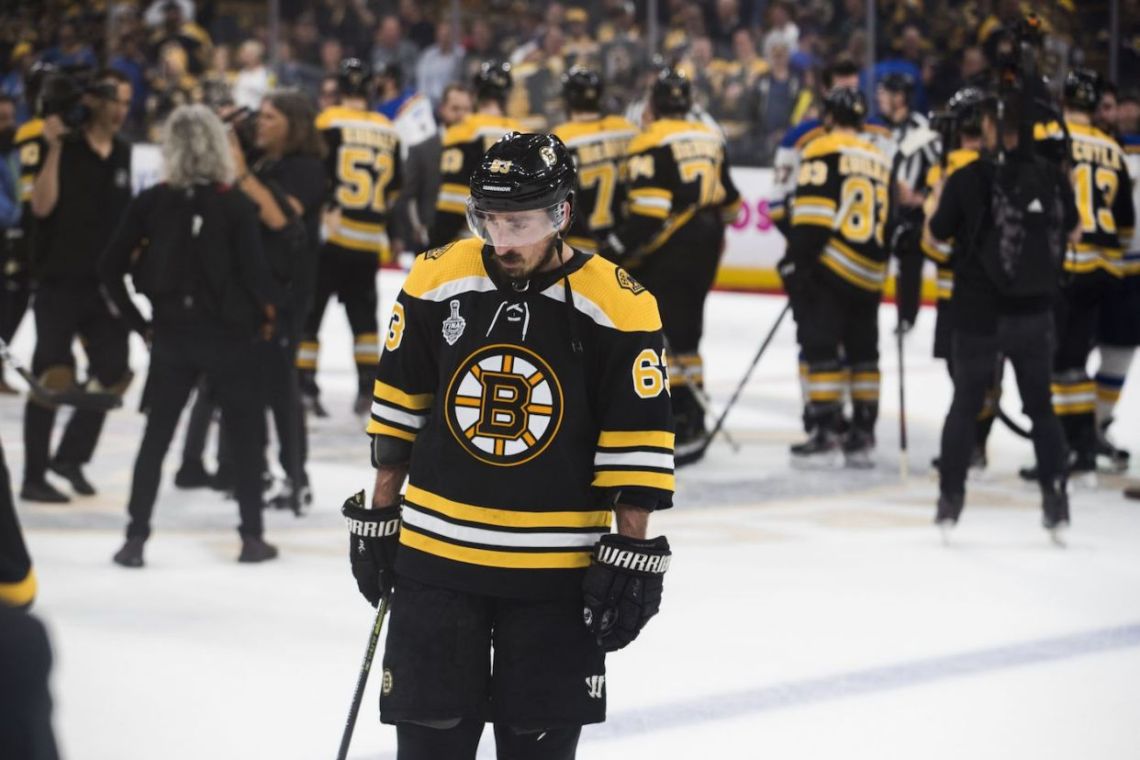 Stanley Cup hangover? I believe it. Like Winnipeg, they are not untalented, but with the improvement of the Panthers and several Metropolitan Division teams, I think they could miss out. There are many factors to this. Which Tuukka Rask are you going to get? His season totals have been steady but progressively declining, and he has also been injury-riddled, having only started 45 games last season. His save percentages have been merely average the last 3 seasons, and has been known to let in soft goals sometimes. At age 32, that could be a concern. Secondly, I’m not crazy about their offensive depth. With the exception of Jake DeBrusk, I don’t see anybody rising to provide that depth. Both David Backes and Krejci have been in and out with injury. Charlie Coyle has been inconsistent in his career. And besides David Pastrnak and DeBrusk, I don’t trust them when it comes to a youth movement. Lastly, they are always injury-riddled, even with their top players. Both Patrice Bergeron and Pastrnak missed more than 15 games last season. Defensively, Torey Krug and Charlie McAvoy both missed more than 15 games, and Zdeno Chara is 42, so how much can you expect him to stay healthy? For a team that isn’t overly deep, those durability issues can be worrisome. They did well overcoming it last year, but can they do it a second year in a row if it happens? So with those factors in mind, in a division with the Lightning, Leafs, and Panthers, and improvements in the Metropolitan, I don’t see the Bruins being any more than the last team in this year, and possibly out completely.

I am a recent college graduate of Western Connecticut State University that is interested in pursuing broadcast. I am currently a co-host and occasional producer of shows at the digital sports radio station Sportsonthego1. I just started writing articles for Fact, Fiction, Fantasy. I also have experience in video production, live broadcasting sporting events, and anchoring segments on highlight shows. View all posts by Kyle Kloiber